The Chart that Wasn’t There: Avoiding Disappearing Plots in Presentations

The first rule for creating effective data visualizations is: Do No Harm to Your Story. The business of making charts is all about stories, uncovering the hidden message in your data, and conveying it in a way that gives meaning and context. There so many aspects in graphic design to keep in mind when making figures. Scientists/researchers whose full time jobs are to conduct sophisticated experiments could (almost) be forgiven for not wasting time caring about the artistic style and flare that goes in to most infographics. Still, what good is your research to the world if you cannot communicate it effectively? A scientist must be able to regularly publish papers, give academic lectures, and public talks on their research. Each of medium has its own quirks and considerations, but I want to highlight one important rule in preparing your slides for a research talk. I regularly see capable or even senior scientists butcher a great talk by neglecting this one rule for their data visualizations:

There are many reasons to not use certain colors, fonts, or symbols. No matter what you choose, you must keep contrast first in your mind when giving a presentation with a projector. Even if you’re giving a talk at an expensive venue, you can almost guarantee that the projector will:

If you aren’t prepared for it, this will catch you by surprise, and interrupt your speaking flow. Your polished practiced segues will be destroyed by the dim witted “Oh gosh, I guess you can’t see this, but…” The results is an audience who’s thinking about your invisible figure, not the incredible science behind it. When creating your slide deck, there are many things you can do to prepare. Here’s an example figure that is mostly legible (though a bit ugly) on my laptop screen. 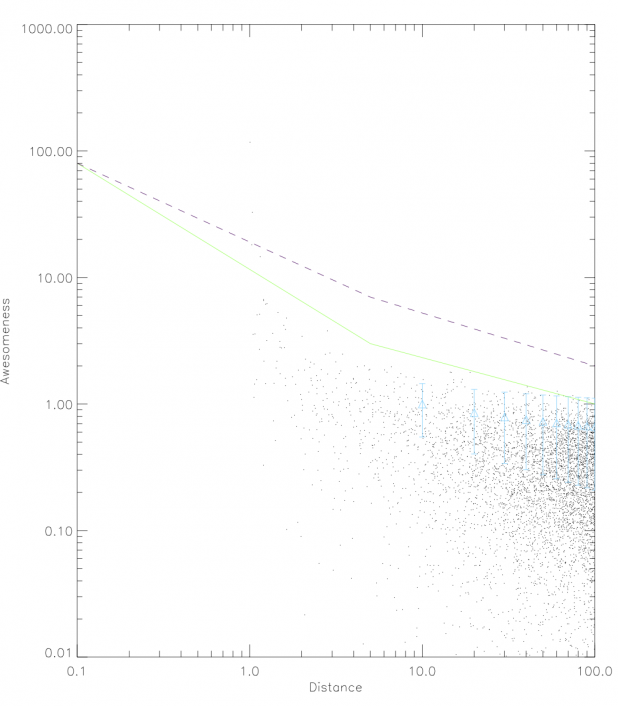 Now, if we simulate what a lousy projector does to the image… 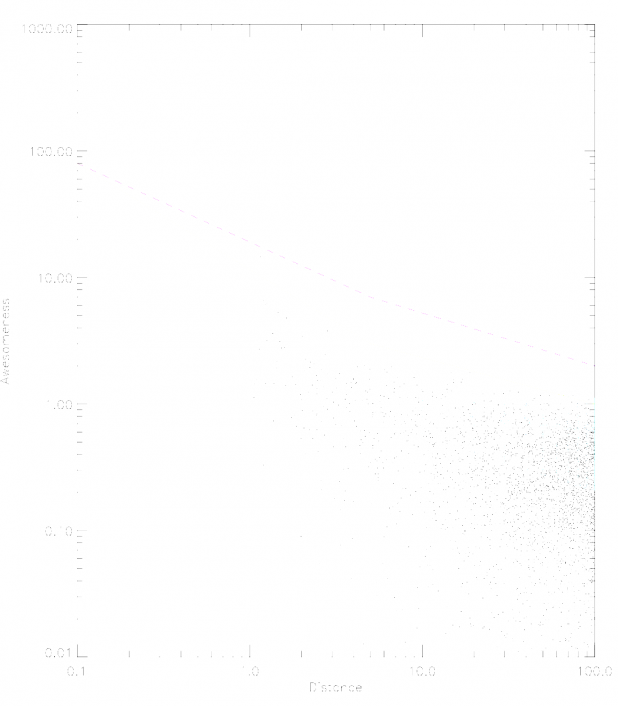 Voila! We’ve got the infamous disappearing plot. Obviously this chart was created to be a worst-case example: thin lines, tiny letters, small dots, light colors… the list of problems is a mile long! Unfortunately, this is a very realistic example of figures that are sometimes projected or printed in office presentations, or even at major scientific conferences! When I say contrast, I really mean both color contrast and light/dark contrast. Humans have a very hard time discerning blues and greens, close colors, or shades of grey. The light/dark saturation of the colors against the white (or black) background is equally important. To wit, you can’t read navy text against a black background. Here now is that same silly example figure, but employing some very basic considerations for contrast and composition. 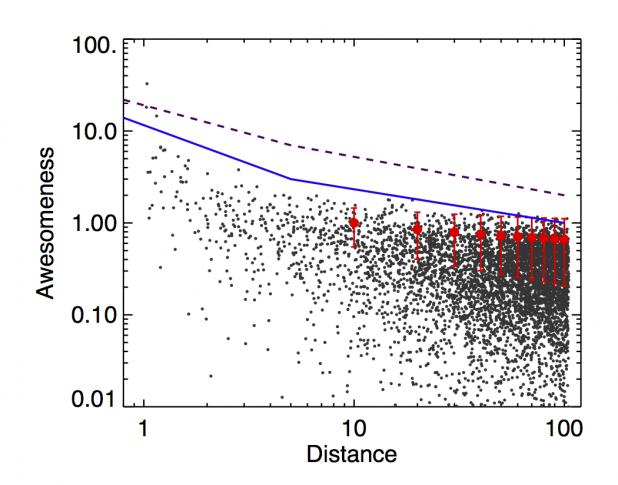 While this image is *far* from perfect (I still hate the density of points at Distance > 10, for example) it can be projected and diluted with little consequence: 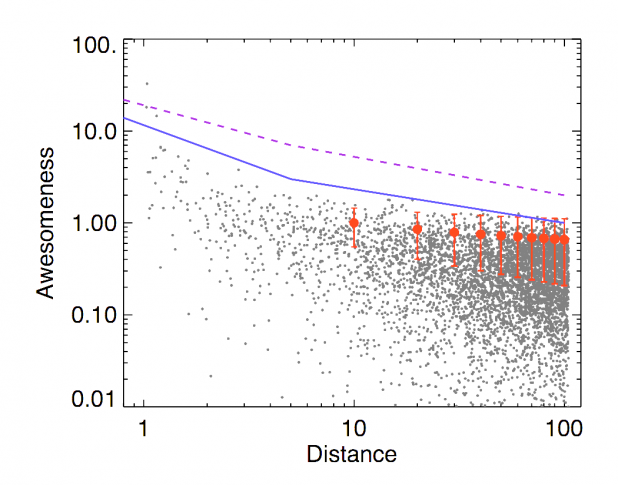 Now I’ve applied the same over-saturation as before. Note that the bold titles and thicker points/lines protect your data from the awful projector! It took about 2 minutes for me to modify the figure with thicker/bolder features. Some of these changes could be done within Powerpoint/Keynote directly! If it saves my audience 10 seconds in comprehension time (or in the case of the disappearing plot, any comprehension whatsoever) then it was time very well spent! Perhaps this all seems obvious, even silly when I give such blatant examples. But the sad truth remains: invisible or disappearing plots are encountered in the wild every day! James Davenport is a PhD candidate in Astronomy at the University of Washington in Seattle, and runs a science and visualization blog at ifweassume.com 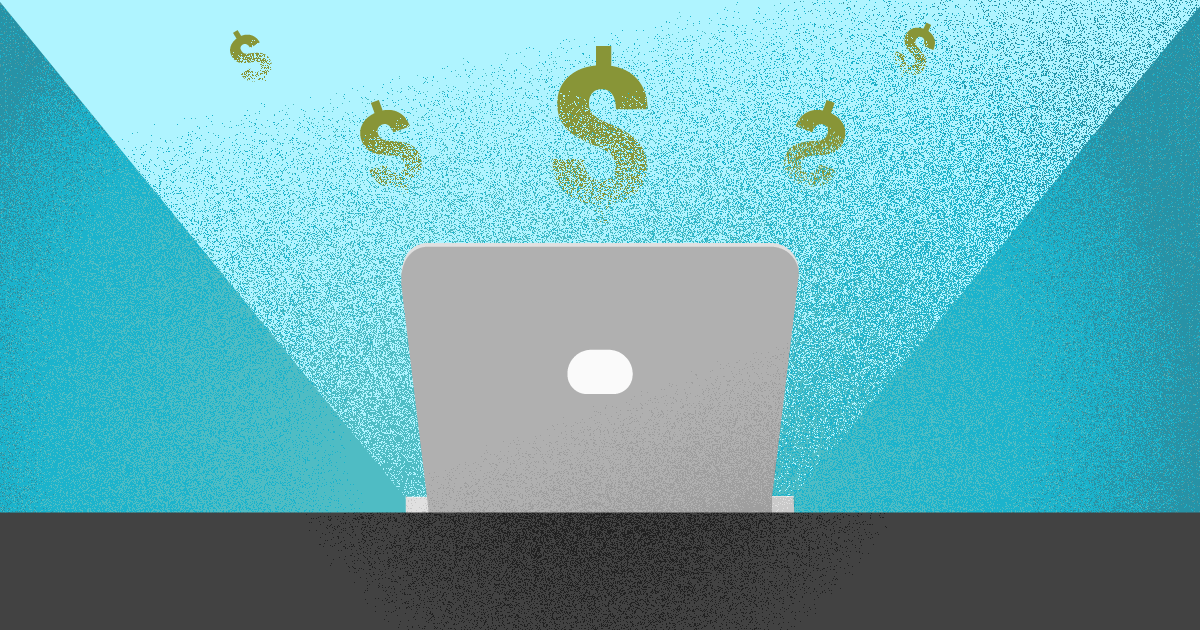 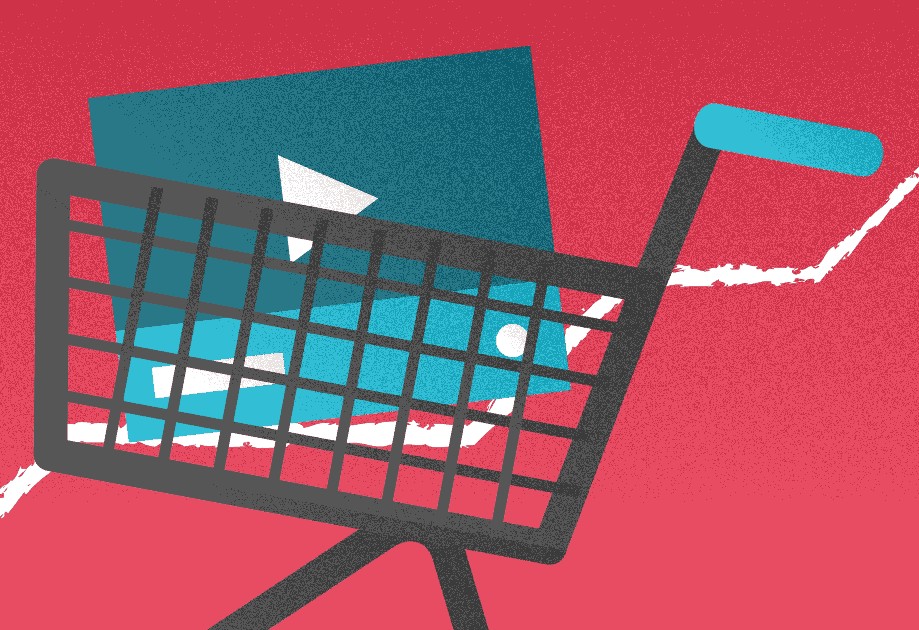