Red Bull Air Race World Championship is billed as the ultimate motorsport series in the sky. The series of races travels around the globe and currently showcases 14 of the world’s best pilots maneuvering through an aerial racetrack. The winning pilots are the ones who can navigate their race plane through the course, peppered with 25 meter high air-filled pylons, in the fastest possible time without incurring penalties.

From its inception to 2014, Red Bull was using its website—and later, social channels—to primarily report on the races. There was originally no live webcast of the races, so it was nearly impossible to get the fans from the US, for instance, more involved with a race taking place half a world away. 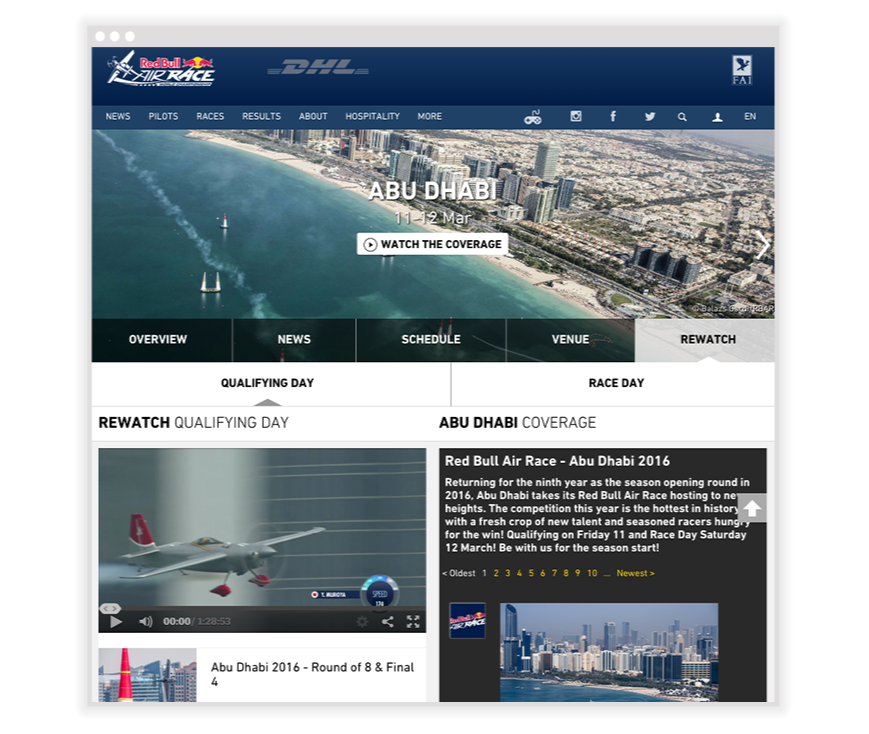 The organization decided it needed to add a live feed to its website, which would satisfy the need to interact with fans, as well as let fans talk back and interact with each other. And, since its eight-race season is staged in seven countries on three continents, it would also allow the Red Bull Air Race team to cross time zones without having to attend every race.

In 2012 Red Bull Air Race’s team implemented Rock Content Engage on its website. The entire process of getting up and running with Engage was simple, says Kirsten Corrigan, who is responsible within the Red Bull Air Race digital team for the race’s international digital content strategy.

“It’s quite intuitive, especially for setting up automated feeds. I found that really easy to do. Also moderation is really simple,” she said. 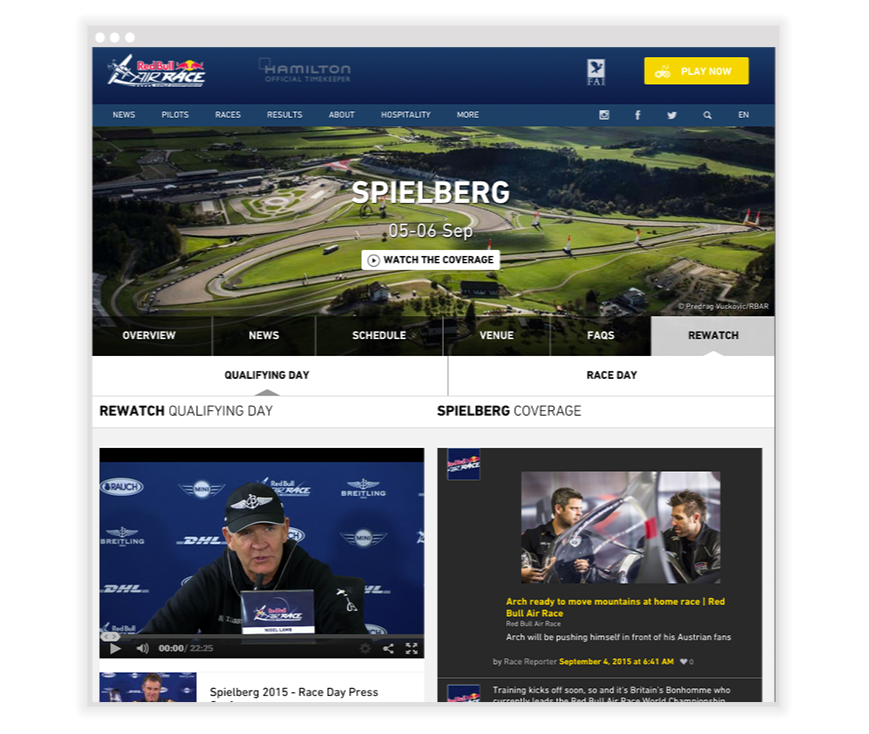 Once the Engage feed was added to the site it gave the Red Bull Air Race digital team the ability to act as live news reporters, producing constant commentaries through all of the racing sessions. Using Engage they can post what is essentially a live blog. They are also able to inject content into the Engage feed from all of its social channels including Twitter, Facebook, and Instagram.

“We’re able to do this because we have access to a sophisticated timing system, so we have different data sources that can provide that minute-by-minute commentary on the action with results and times and so on, which is critical for reporting on a motorsport,” says Corrigan. “With the ability to bring in the feed from our social channels—which are also quite lively—we can give our fans a 360-degree experience as if they were actually there.”

Rock Content isn’t just simple to use. It provides great functions and communication which allow us to converse in real time with our viewers.
David Granger
Editor-in-Chief, redbull.com
All Case Studies